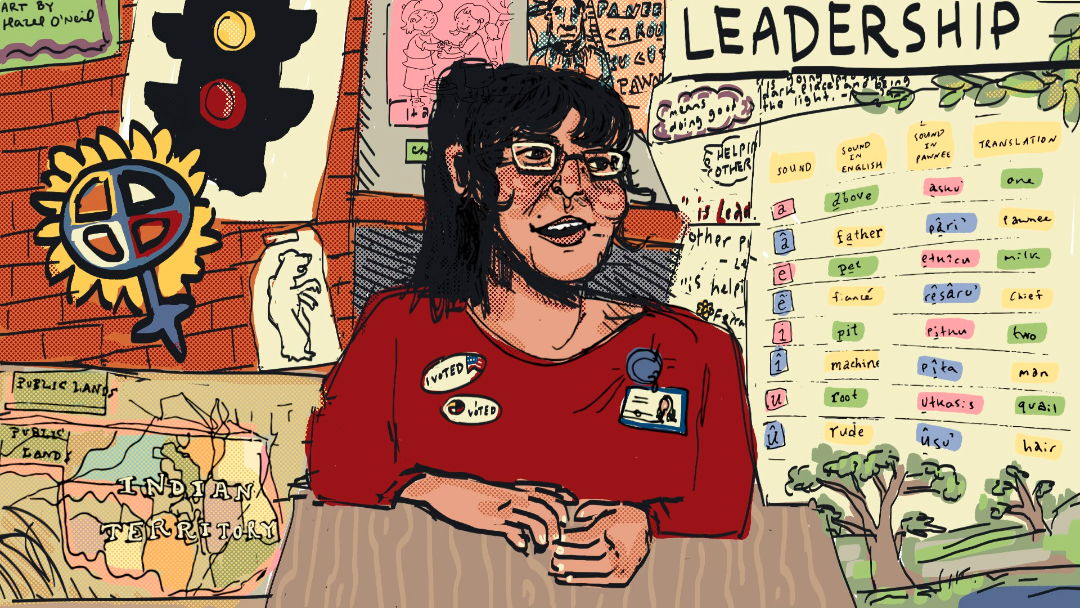 Jamie Nelson is a 27-year-old Pawnee, Choctaw-Navajo woman who is voting in a non-tribal election for the first time this November.  She’s motivated this season by Jasha Lyons Echo-Hawk, a Pawnee woman running for the House seat in Jamie’s district.

“We Need to do More” - A Pawnee Woman Embraces the Power of the Vote.

“We Need to do More” - A Pawnee Woman Embraces the Power of the Vote.

Jamie Nelson grew up in the rural town of Pawnee, just north of Stillwater and east of Perry.  She is Pawnee and Choctaw-Navajo, and at age 27 she has never voted in a non-tribal, statewide election.

“Now that I’m older, you know, I do see a lot of change that’s going on around our community and within our state. So it seemed like a good time,” Nelson said.

She said she remembers people in her community not being interested in non-tribal politics.

“I just heard from a variety of people, ‘I don’t understand why, there’s no point….Our vote really doesn’t count based on how the system is set up,’” Nelson said, “So, I just never really had an interest because of that.”

She works for the Pawnee Nation at the Cultural Learning Center in an after-school program for kids from pre-K to 12th grade. During the program she teaches the Pawnee language, encourages the children to read and ensures they’ve completed their homework.

The moment Nelson decided to vote was when her friend and fellow Pawnee-citizen, Jasha Lyons Echo-Hawk, decided to run for the Oklahoma House District 35.

Lyons Echo-Hawk is the first Democrat to run against a Republican in the district since Wannetta Cloyd in 2014. She is running against Republican Ty Burns for the seat. In this year’s June primary, Burns won the majority of the vote with 3,510 votes out of 4,808. The seat’s incumbent, Rep. Dennis Casey, has decided not run for reelection even though he isn’t term-limited.

Nelson said Lyons Echo-Hawk would do a good job addressing the needs of both the district and the Pawnee Nation.

“She’s a strong Indigenous woman, but she’s also a strong Pawnee woman. So she’s really entwined with our culture and our community.”

Recent earthquakes have damaged several buildings on Pawnee mainstreet causing an eyesore in the center of the small town. There has also been a lack of investment, making jobs hard to come by.

“There isn’t a lot of economic development, which can lead to a variety of barriers…and it’s something that we always try to talk [about] with our students and our youth, to make sure that they go off and get an education,” Nelson said.

The closest college to Pawnee is Oklahoma State University, 30 minutes away in Stillwater. But even though Nelson and her colleagues do encourage their youth to seek an education, she said there isn’t any way to bring their kids back to Pawnee.

“We don’t have any job openings for them, we don’t have many placements for them,” Nelson said. “It’s kinda like it’s stagnant or something. There’s no growth, there’s no flourishment. We’re just here.”

Some of the towns included in House District 35 are Pawnee, Skedee, Morrison and Prue. The district has about 36,242 civilians according to the 2010 census.

Almost 88 percent of people in HD 35 identify as white, while just above 9 percent identify as Native American and Alaska Native. The Pawnee Nation Enrollment office finds that there are a total of 3,537 Pawnee Nation citizens throughout the United States, but that the majority, 2,175 people, live in Oklahoma.

Nelson also says her first time voting on November 6th will pay tribute to her ancestors. She picks up her students for the after-school youth program around 3:30 p.m., and lets them play outside to get some energy out before walking single-file to the classroom. 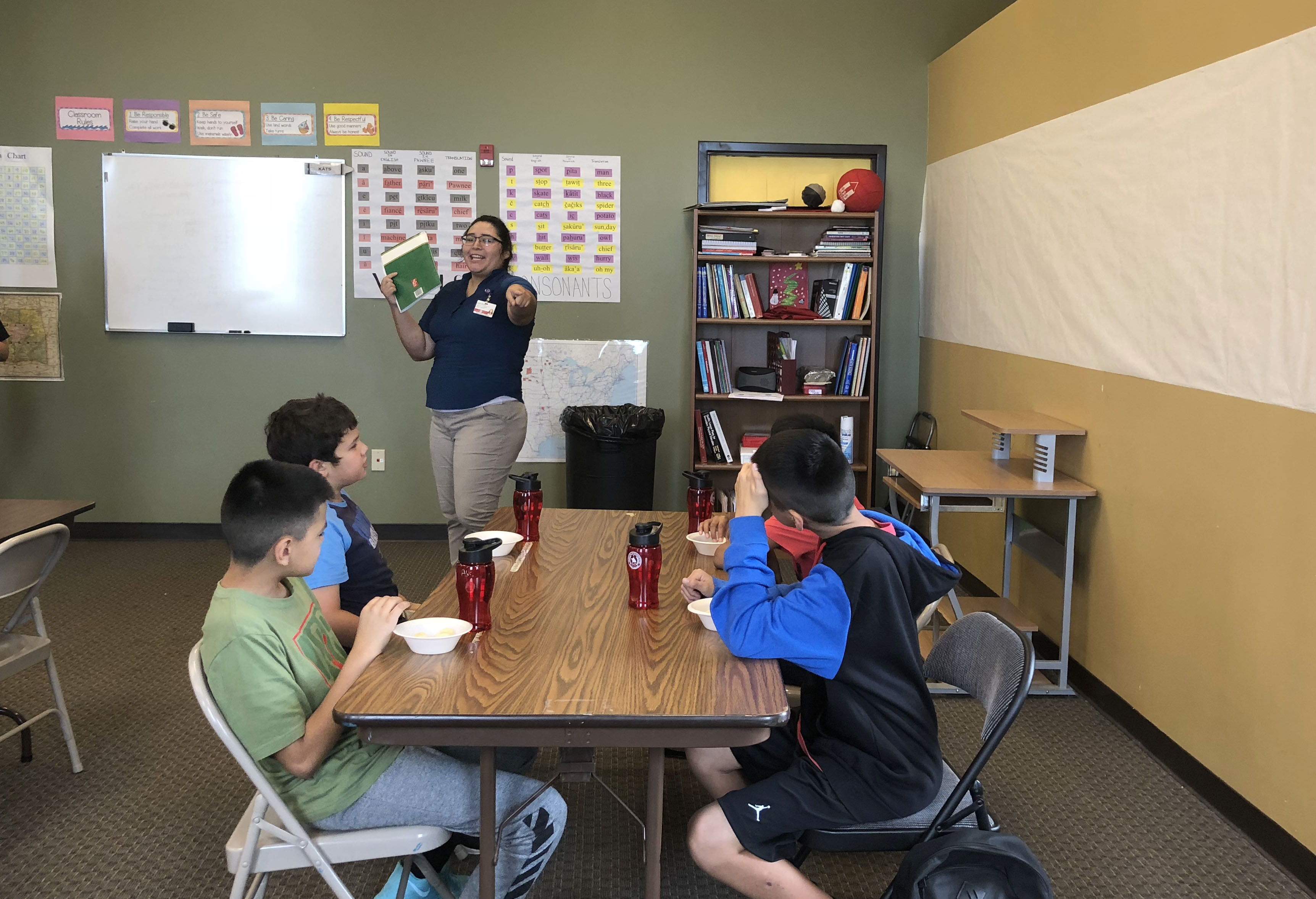 Jamie Nelson, 27, asks her after school youth program what color the book is in Pawnee. She is the youth service coordinator for the Pawnee Nation (Kateleigh Mills/NextGenRadio). 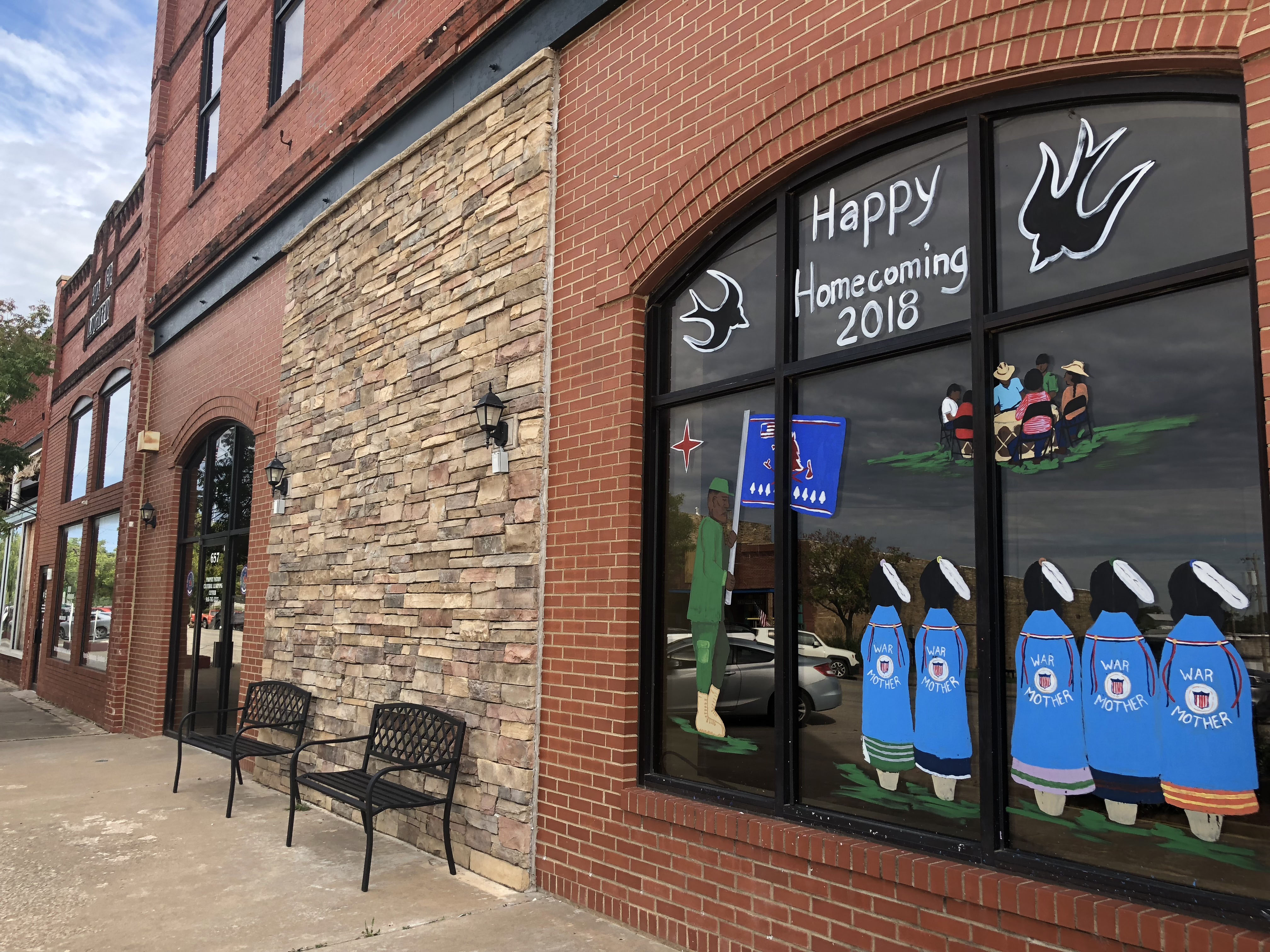 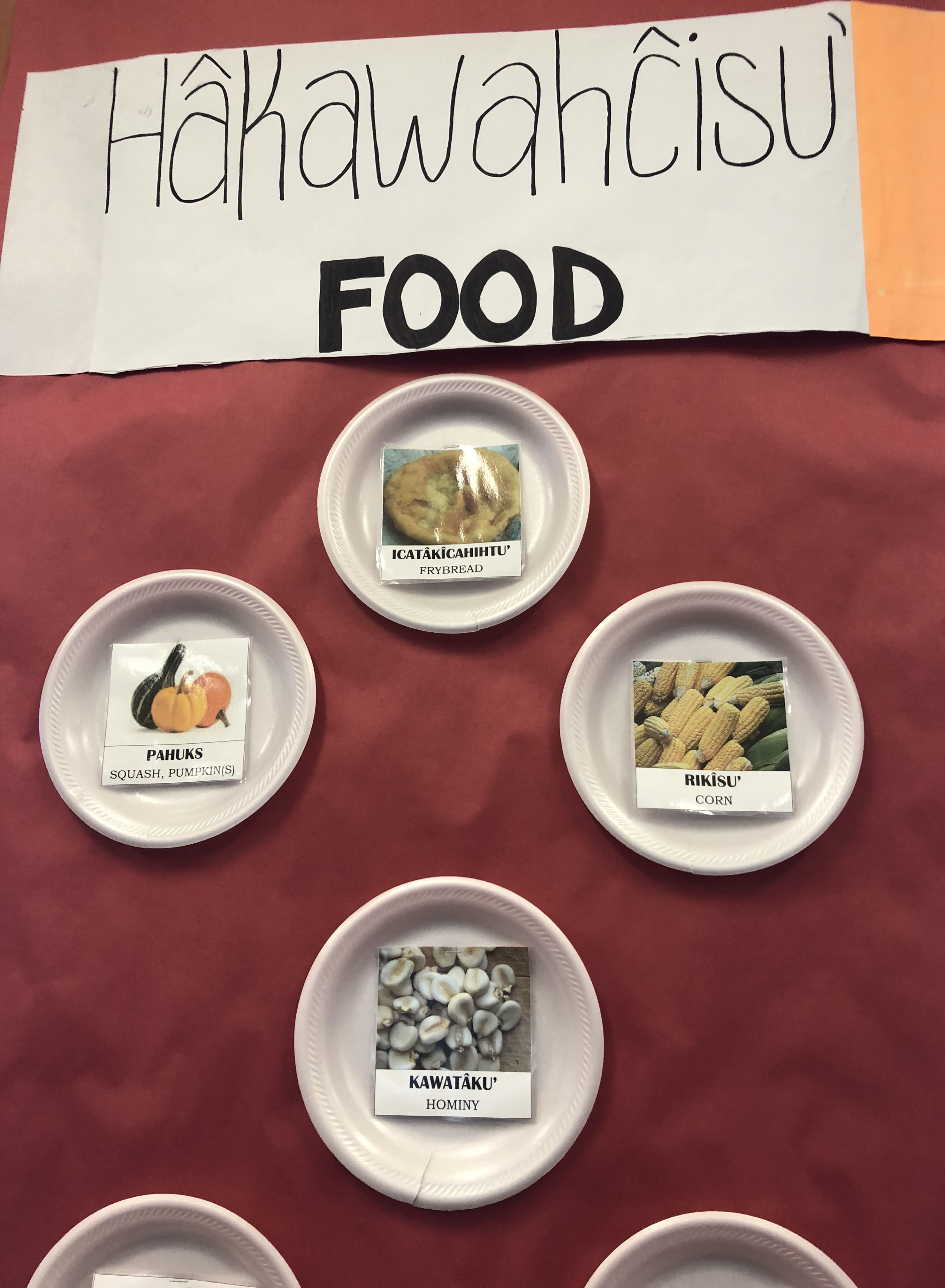 A poster on the wall shows how to pronounce and spell words in Pawnee at the Pawnee Cultural Learning Center in Pawnee, Okla. (Kateleigh Mills/NextGenRadio). 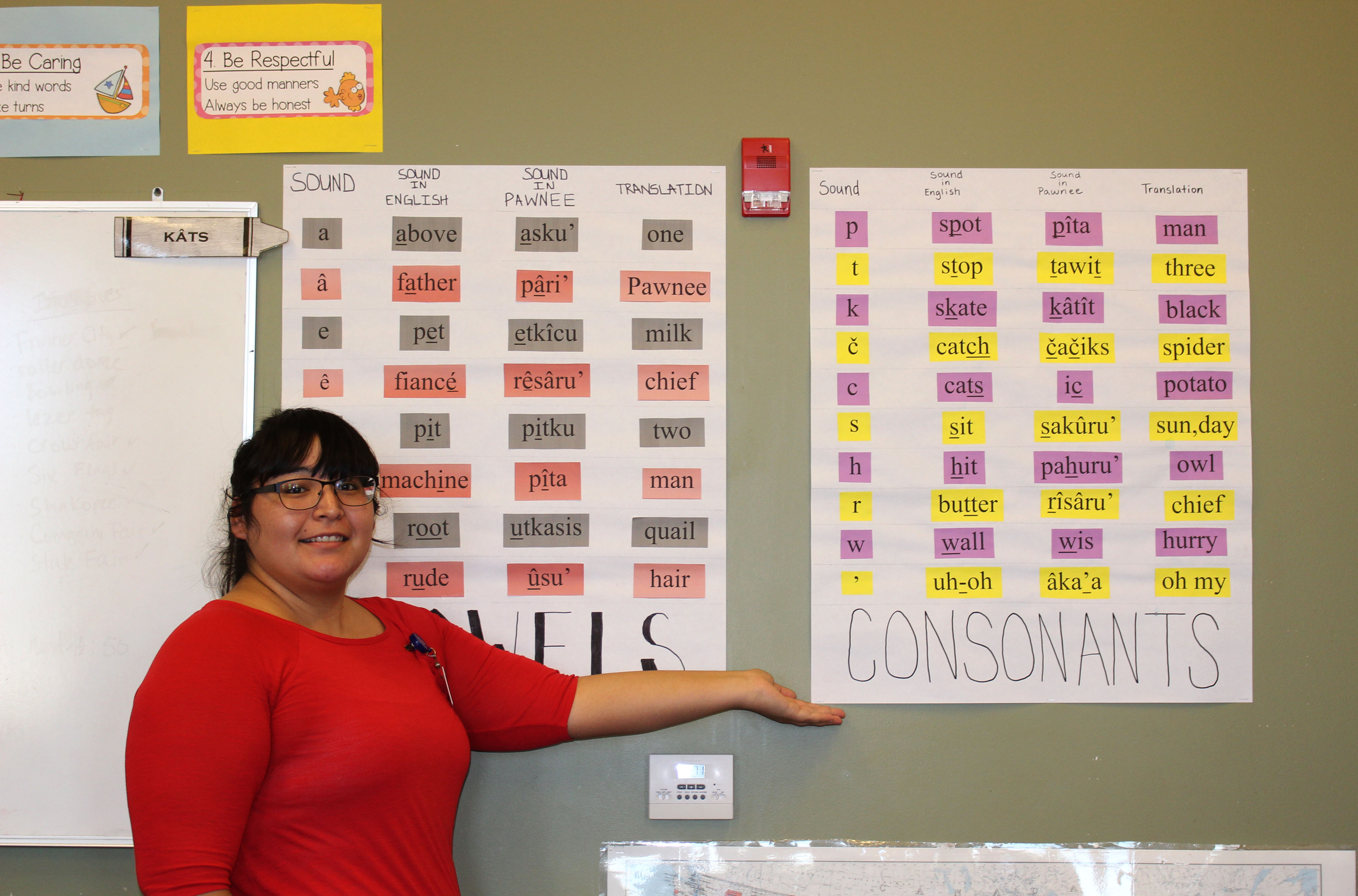 Jamie Nelson, 27, is a youth service coordinator for the Pawnee Nation. She will be voting for the first time in the non-tribal, state election on Nov. 6th, 2018 (Kateleigh Mills/NextGenRadio). 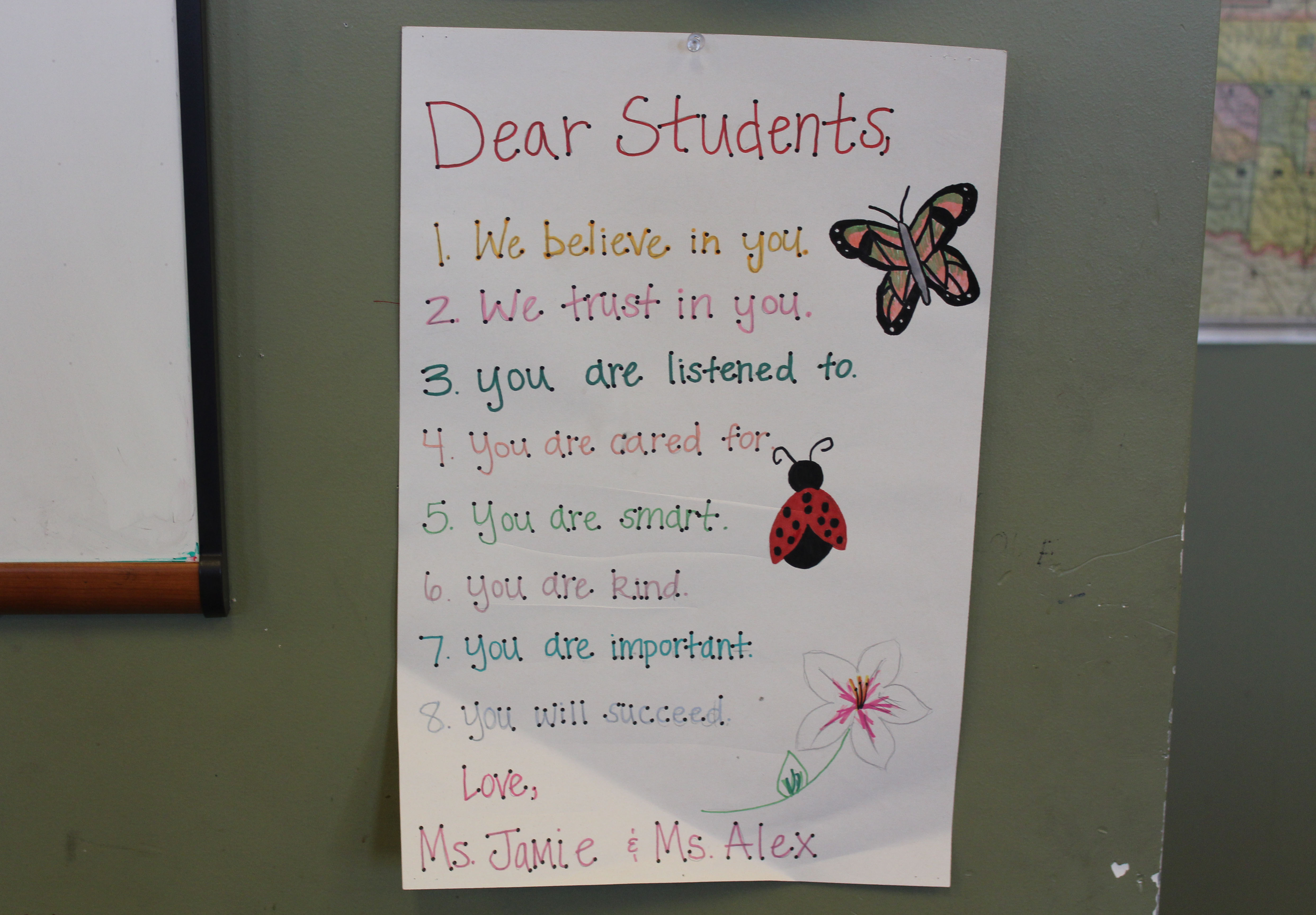 A poster hangs on the wall in the classroom at the Pawnee Nation Cultural Learning Center. It is addressed to students of the after school youth program. One lesson that Jamie Nelson teaches in the classroom is respect and listening to one another (Kateleigh Mills/NextGenRadio).